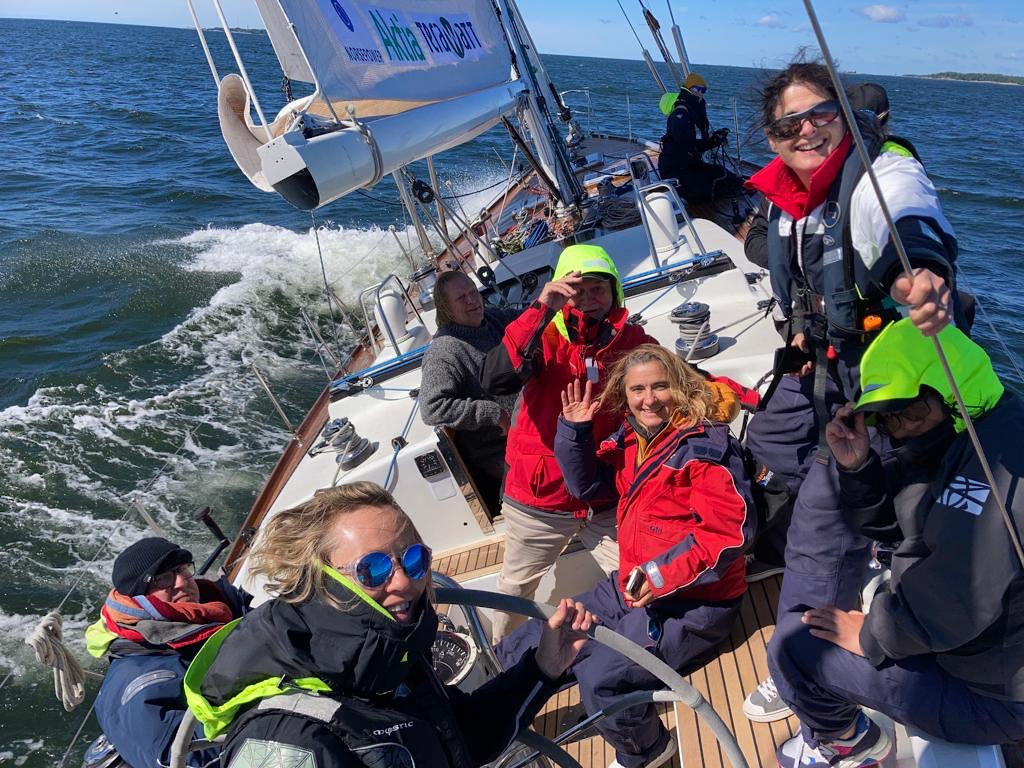 In what may be a last chance for sailors to sign up for the 2023 Ocean Globe Race around the world, Don McIntyre, organiser of the event and Captain Coconut, retired Navy commander Mark Sinclair of Golden Globe fame, are looking for crew to sail with them in the OGR!

Don McIntyre announced today he is entering his classic 1978 Nautor Swan 57 ketch “EXPLORER” in this gruelling 50th anniversary recreation of the first ever crewed race, the original 1973 Whitbread.  Crew places are open now for ordinary sailors to join the team. Mark Sinclair, recently retired from the 2022 Golden Globe Race will skipper the SAYULA CLASS entry and build the team. Don McIntyre will sail on leg three around Cape Horn and is excited to offer this opportunity to all sailors looking to challenge themselves and dreaming of a circumnavigation.

The OGR begins on September 10th next year from Europe and over eight months a grand adventure will unfold. For the first time in nearly 30 years, a fleet of 20 classic and historic yachts sailed by amateur sailors and legends will face off against all the oceans of the world in an epic voyage and life defining experience. Racing round all the great capes, including the infamous Cape Horn, stopovers will include Cape Town, Auckland and Punta Del Este in Uruguay.

We conceived of both the Golden Globe and Ocean Globe Races to inspire people and it was clear there were a huge number of sailors wanting to be part of history and sail in the OGR. But there are not enough yachts to carry them. For the past year I had been thinking about an OGR entry and just doing the Cape Horn leg. I have to run the event rather than sail all of it. I could not find the right boat, then two weeks ago, I finally did. I bought her three days later and asked Capt. Coconut if he was up for it? BANG! He was in and we are both very excited!

The first Whitbread was won by a Swan 65 “SAYULA” and again in the second 1977 edition, Swan 65’s Kings Legend, Disque D’or and ADC Accutrac placed 2nd, 4th and 5th respectively. The Swan 57 was designed by Sparkman & Stephens as a modern and more powerful little sister to these iconic yachts, reinforcing their reputation as a strong seaworthy performer. “EXPLORER” has had just two meticulous owners since 1978 and presents in amazing condition having been maintained regardless of expense.

If you could choose any boat to race around the world through the Southern Ocean it would be a Swan 57. Designed by Olin Stephens and first launched in 1977, she’s one of the all-time classic S&S designs, built by one of the world’s best builders. She evolved directly from the 1973 Whitbread Race experience of the Swan 65 SAYULA winning that event. With a head-turning sleek look, oozing sex appeal amongst a world of production pop outs, she stands alone in any crowd. Her fierce reputation as a strong, safe, go anywhere and comfortable ocean going thoroughbred, is complimented by her timeless beauty as a classic yacht.

Over the next four months a final refit, adding OGR systems and safety gear to prepare her for the rigors of the voyage. Then “Captain Coconut” takes over to train and shape the crew of nine into a cohesive team.

This really is an exciting program for everyone involved. Skippering a Swan 57 in the Southern Ocean is a dream come true and the OGR will provide another incredible opportunity to relive history, and maybe even create some more. We follow the same route as the original Clipper ships and navigate in the same way as those great mariners, using sextant, chronometer, astronomical tables, a pencil and paper charts. We will be back to basics, using the sun, moon, planets and stars, without GPS and modern electronics and only HF radios for communication. Being immersed in the OGR will be a true challenge of seamanship skills for all onboard. We are sure to be tested! I’m looking forward to developing the camaraderie of a tightly knit crew. They will all know a sextant by the end of the voyage!! Let’s go!!

Crew can sign on for one of the four legs of the OGR, or the entire circumnavigation. All are required to undergo survival and medical training as well as complete a comprehensive medical examination. This opportunity is open to any sailor really wanting it. A can-do attitude, being prepared for a real adventure and knowing how to have fun, stay safe and work as part of a team helps. All crew share the costs involved with this OGR entry and will undergo onboard training leading up to the start.

If you are passionate about the idea and have trouble sleeping at night thinking about this, then I would love to hear from you. All the details are available on the McIntyreAdventure.com website. Keep the dream alive!

To apply for this opportunity details are HERE...

THE ULTIMATE ROUND THE WORLD OCEAN RACER

Explorer is a two-owner Nautor Swan 57, pampered at no expense her entire life. She has sailed twice around the world with the first family and over the past 22 years, her second owner undertook numerous refits.