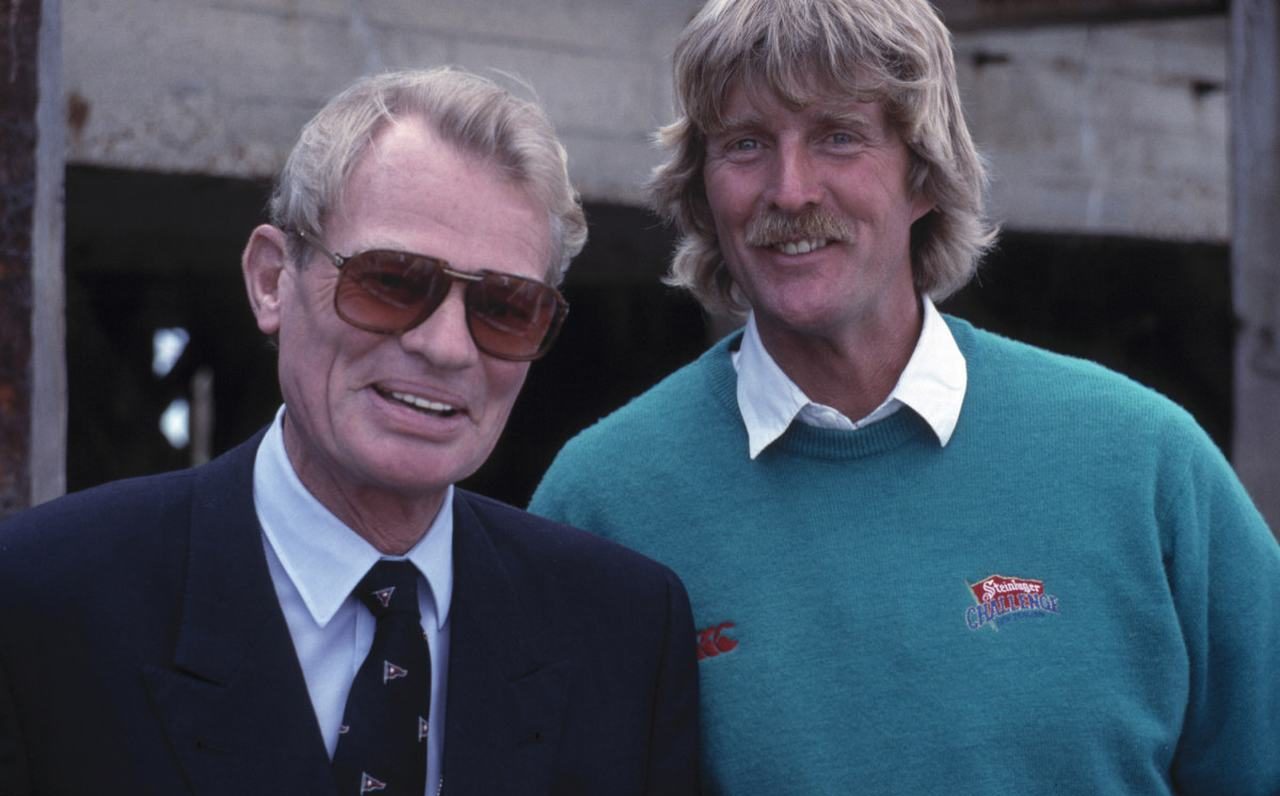 Many were surprised when we launched the 50th Anniversary edition of the original Golden Globe Race (GGR) back in June 2015. The world had never seen anything like it.

We organised it because I wanted to sail in it. There was nothing anywhere that allowed circumnavigating solo sailors to step back to the basic human challenge. I believed there were other sailors who wanted the same. The rest is history and it was a huge success. I thought of the idea in 2014 and at that same time I knew if the GGR was a success, I would launch the Ocean Globe Race. WHY?

The Ocean Globe Race (OGR) celebrates the 50th Anniversary of the original 1973 Whitbread Race. It will set sail from Europe on 10 September 2023. It’s a 27,000 odyssey around the globe in four legs, for all sailors, in yachts of the same era. For the first time in nearly 30 years, everyday sailors can realise one of the greatest dreams of sailing!

In 1988 I organised and managed the Bicentennial Around Australia Yacht Race. The late Sir Peter Bake entered with Mike Quilter in their 60ft trimaran Steinlager 1. They won the race and we became friends. Peter mentored me on aspects of event management, communications and sponsors. At the time he was building Steinlager II that went on to win every leg of the 1988/89 Whitbread. I was an ordinary sailor, but Peter made me believe I could mount a Whitbread campaign, offering advice and ideas. It failed, but I went on to do the Solo BOC Challenge in 1990/91.

I was then offered a skipper’s position on a Western Australian Whitbread campaign with Hugh Treharne as navigator and John Bertrand manager/coach. With just 2/3rds the budget secured by the deadline Hugh and I set, we pulled out. It was never made public, but it was a close-run dream. It was still possible back then. Only just! Then Volvo took over and it was left to the professionals and then the elite to race.

For half my life I have been supporting and actively promoting adventure. Any adventure makes good people and inspiring others can be infectious. The time is right for a retro fully crewed race around the world. The Ocean Globe Race is fully underwritten by McIntyre Adventure, as was the Golden Globe Race.

How many will sign up? I have no idea! One thing is certain though! The passion of people to follow adventure sailing and challenge, based on human endeavor and extreme endurance is huge! The Golden Globe Race proved that. The OGR family will grow rapidly around the world just as it did for the GGR. Our research clearly shows that while the race for speed and flying with elite pilots is exciting, SLOWING DOWN and following heroes, brings out core human values and intense emotion that ordinary people, mums and dads relate to and understand. In this fast world we now live in, sometimes looking back, is the best way to move forward! The OGR delivers unique opportunities for everyone. We’re confident we will join with an exciting partner who believes the same. The Ocean Globe Race, like our sister event the GGR, is a cultural renascence borne of an understanding and admiration of those original wholesome values.

You just need to spend time looking at the historic YouTube videos of those first Whitbread races to feel the raw human quality, the fun, the simplicity and drama of it all. They were key. Budgets and boats were the tools. The people were everything.

It is absolutely possible to bring much of that to life again. I miss it and maybe you do too! Maybe you will be happy to watch? Maybe you want to get out and do it. As much as I would give my right arm to do it, I know from experience that for now it is impossible. The passion and excitement for Jane and I is to make this OGR a success. Initial support is building already, and we are years from the start.

So good luck and we hope to hear from you. The Ocean Globe family is getting ready!