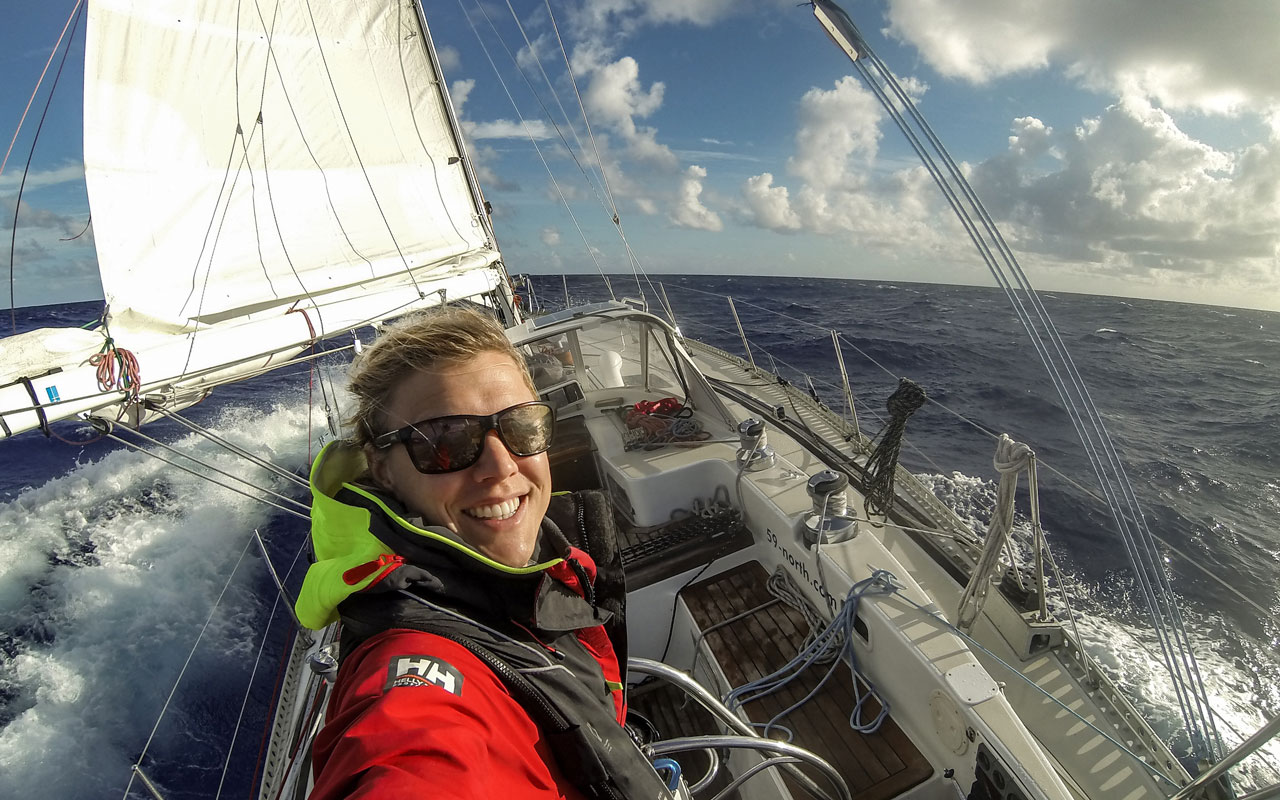 Entries from 13 countries in the Ocean Globe Race are going strong, just six months after announcing the inaugural race starting in September 2023.

Provisional entrants are now standing at 23 representing over 65% of available entries, and making it the biggest round the world race in the last 30 years.

Latest Sayula Class entry is a joint Swedish/American from 59 North Ltd. on their Swan 59 Icebear. 59 North, Ltd. offers offshore adventure sailing passages for paying crew on their Swans 48 and 59, from the High Arctic to the Caribbean and everywhere in between. They aim to sail with a 50/50 mixed team of men and women and fund the campaign with a combination of sponsorship and paying crew.

As Andy Shell, Icebear’s skipper explains it was a natural choice:

I’m romantic for the sea. I love the old traditions, the challenges that an ‘analog’ circumnavigation presents, the old boats, the adventure and philosophy of it all. The OGR feels like it was made just for us – it is the right time in our business, the right time with us starting a family this year in Sweden, we’ve got the right boat in the Swan 59 and we have an awesome team around us. I always knew I’d have to take a crack at the Horn, and what more logical way to do it?

The smallest yacht in the fleet is the Norwegian entry Queen Anne, Hull #1 of the famed Baltic 46S the very first yacht the company ever produced. Although a few inches shorter than the required minimum, the OGR organisers decided to grant the boat special dispensation due to the endearing and comprehensive project.

While the boat is being refitted in the Baltic Yard, Project Director and Skipper Anders Onsager, a former Royal Norwegian Navy officer serving in submarines, is working on his crew composed of youth at risk, looked after by Navy watch Leaders.

OGR founder Don McIntyre is thrilled with the response:

The Classic Challenge as expected has opened opportunities for a whole new group of competitive Whitbread and Volvo 60 sailors who seem to be chafing at the bit! The conversations I have had over the past weeks are very exciting indeed and just a few days after entries opened we confirmed three teams. No Maxi‘s yet, but they are talking and there is still 1334 days to the start!

GGR participants will be on the stand to share their experience, including six-time solo circumnavigator Jean-Luc Van Den Heede, Malta entry Daniel Gatt, Ian Herbert-Jones, Michael Gugggenberger, Simon Curwen, and John Clark. On January 21st at 2:30 pm, Jean-Luc will hold a talk on his victorious 2018 GGR and how this was his ultimate victory, titled ‘Non-stop around the world in 212 days’.

Don McIntyre will also take the stage on January 18, 20, 23, 25 and 26, talking about the success of the Golden Globe Race and the upcoming 2023 Ocean Globe Race, with a presentation on ‘The growing appeal of low-tech sailing and slowing down. Filling the void left by the need for speed’.

Don will speak about the success of the GGR and promising prospects of the inaugural OGR throughout the boat show. Find the program below:

At 73, Frenchman Jean Luc Van Den-Heede won the 2018 Golden Globe Race and shocked the world. He talks about the dream and tells how and why this was his ultimate victory.

Don talks about the GGR concept and reality, with 2022 GGR Austrian entrant Michael Gugggenberger sailing an Endurance 35 on a dream that is already five years in the planning.

Don talks about the GGR, what worked and why it was so successful; and the new 2023 Ocean Globe Race.

Don presents ‘The growing appeal of low-tech sailing and slowing down. Filling the void left by the need for speed’ with 2022 GGR Austrian entrant Michael Guggenberger.