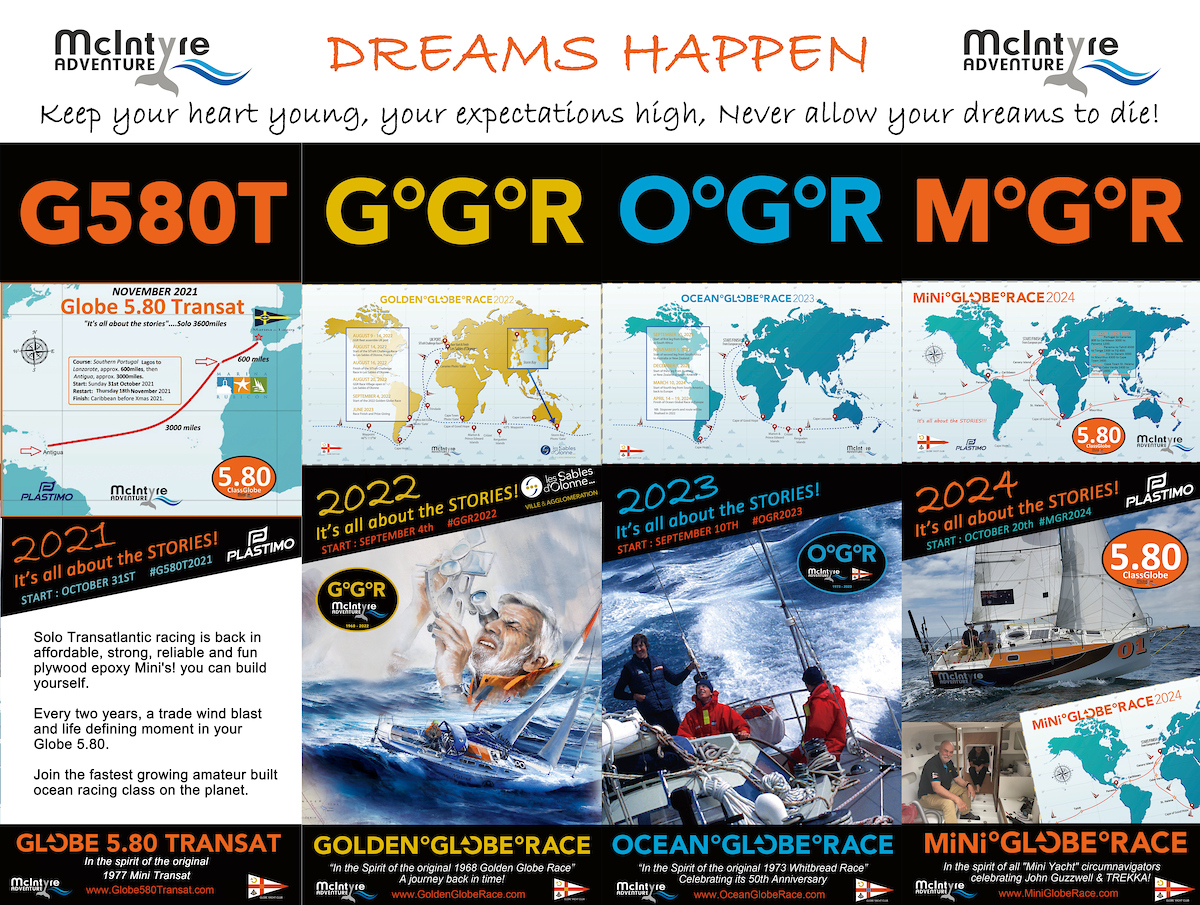 On the Ocean Globe Race Facebook LIVE if unable to attend in person, or with tickets from jane@oceangloberace.com for media without accreditation.

On Golden Globe Race Facebook Live if unable to attend in person, or with tickets from jane@goldengloberace.com for media without accreditation.

Don McIntyre founder of the Class Globe 5.80 Mini Ocean racer, invites you to the World Premier and inspection of Hull Number 46, of this exciting new class of amateur-built plywood epoxy, safe, fun and affordable yachts. News on the first McIntyre Adventure Globe 5.80 Transat starting in Lagos Portugal on October 31st this year and a rundown of the 2024 Mini Globe Race introducing the first 12 entrants joining the adventure.

On Class Globe 5.80 Facebook Page if unable to attend in person, or with tickets from jane@mcintyreadventure.com for media without accreditation.