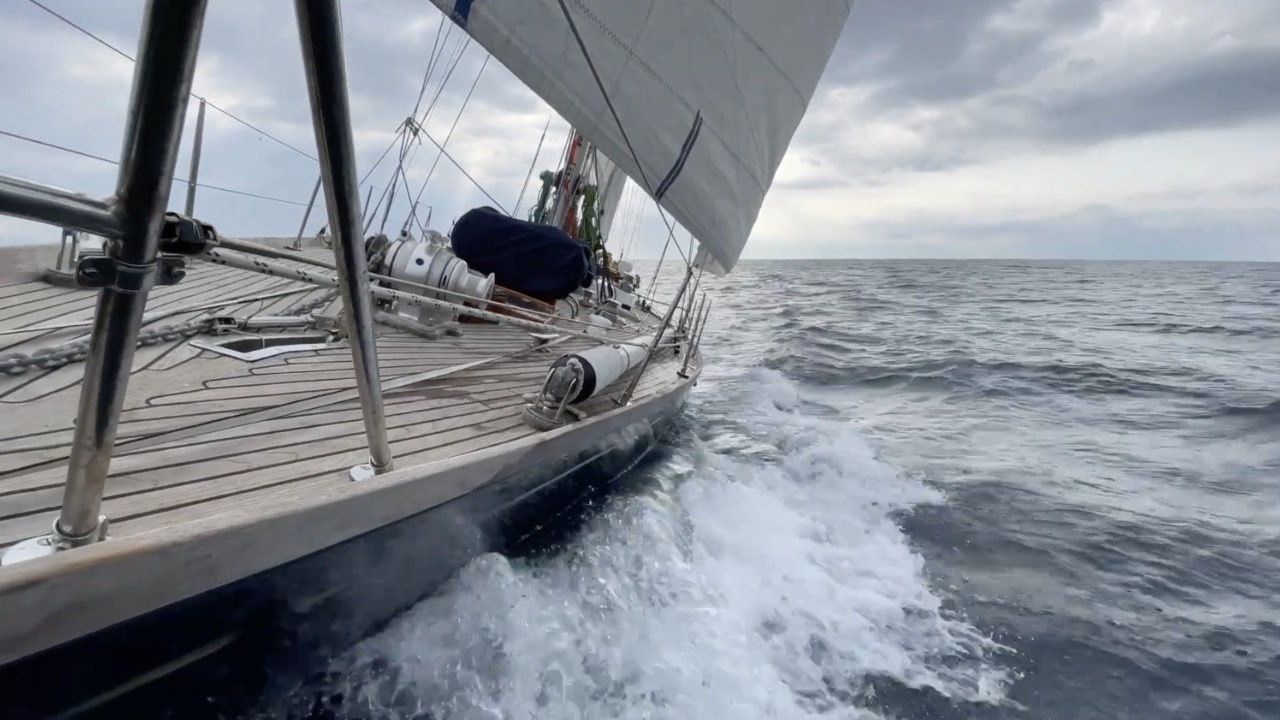 Nakamal left Thursday evening from Marseille with part of his crew towards Saint Tropez to race in the ARMEN Festival, the first regatta of the season. Nakamal arrived late Friday morning after a rather quiet conveying, and was joined by the rest of the crew. Saturday, the first regatta in the direction of Le Lavandou, with little wind for its 20 tons, the crew had to show ingenuity to stay in the race. On Sunday morning, for the second race, the wind, still from the East, is there with 15 to 20 knots. Nakamal and his crew are happy and will fight upwind for 6 hours to leave a good part of the fleet behind them. Staying in Saint Tropez, Nakamal wisely waits for the resumption of the regattas on Saturday, which are expected to be very sporty given the weather forecast.

With a very strong weather, an easterly gale accompanied by a nice swell, the race committee has taken the wise decision to cancel the races planned for this second weekend of the Armen Festival. The Nakamal crew decided to take the opportunity to go out and train in the beautiful bay of Saint Tropez. An easterly wind, 30 knots established with a big swell is a nice playground for a Swan 55 which is preparing for a world tour. Nakamal has once again proved that it is made for these conditions and the crew have been able to appreciate it at its true value! Nakamal set off again on Monday morning in the direction of Marseille and thanks to the continuing rough conditions, reached its home port in the early afternoon.