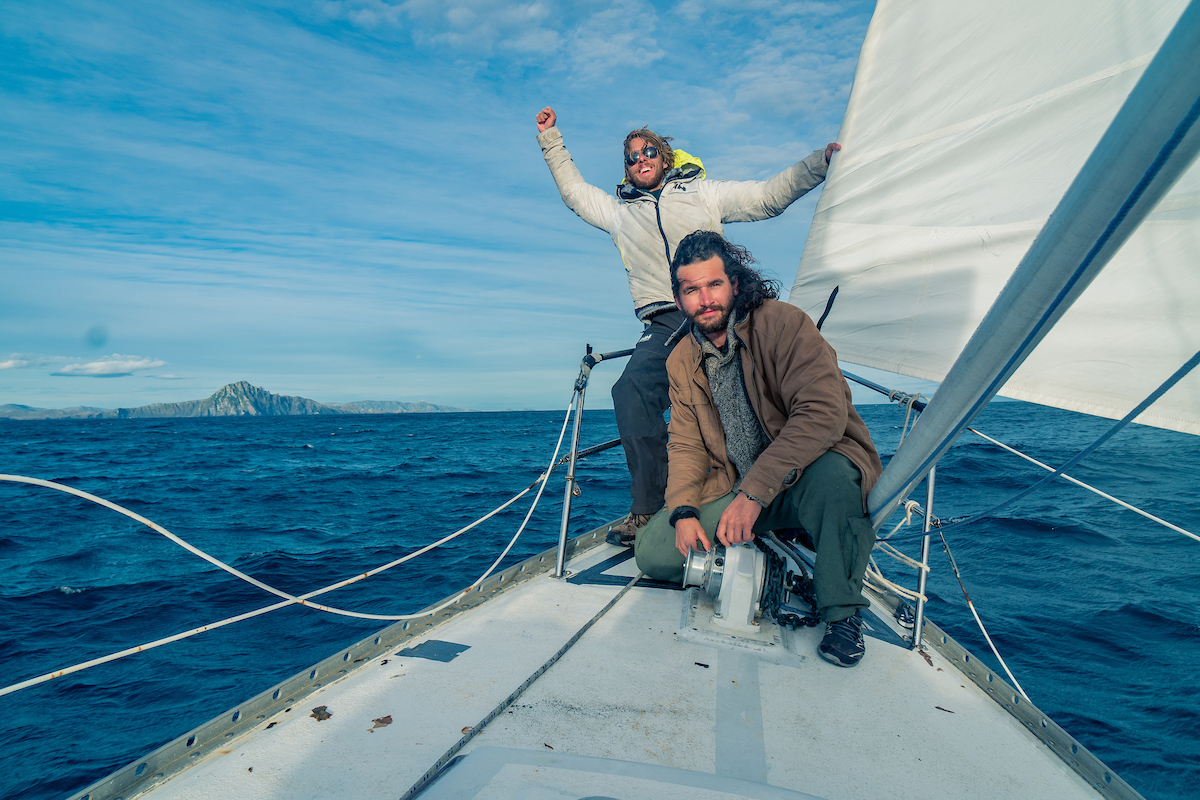 Founded in 2019 by two US veterans, the American Odysseus Sailing Foundation has signed up for the Ocean Globe Race

The crew will be composed of military vets and first-responders with post traumatic stress disorder, who are given an opportunity to heal at sea, using research-based methods of learning to live with trauma through adventure therapy.

Cameron Albin, a former US Marine with several combat tours was medically discharged after twelve years of active duty following injuries. Finding the transition to civilian life a challenge, he took to the sea, living aboard, cruising and racing on the east coast of the US.

Taylor Grieger, a former United States Navy rescue swimmer with several tours in more than seven countries, decided to deal with the stress of being first responder on disaster sites by sailing an old Watkins 36 around Cape Horn.

Both praise sailing as the central part of their recovery. When they met in 2019, they decided to join forces and share what had worked so well for them with other veterans, taking them on day trips, sailing expeditions, offshore adventures, overnight sail and offshore races.

Veterans go through a drastic shift when they leave the service, from being part of a tight-knit group you trust with your life, to an individualistic, self-oriented civilian life. There is little that therapy can do about it.

As combat troops, we are trained to constantly identify and react to threats. It is exhausting in civil life, but useful at sea. Being on a boat that requires teamwork and some sense of hierarchy, offers a great opportunity to put those habits to use while doing what we love: sailing.

While the OGR had always been in the back of their mind, Covid hit hard soon after they started, and they thought of an OGR 2027 participation at best. This quickly changed after Taylor met adventure sailing guru Andy Schell on his 59-north podcast. Andy, who runs the offshore sailing adventure company 59° North had entered his Swan 59 Icebear into the Ocean Globe Race but wasn’t sure to go ahead with the project for family reasons.

Andy had too many boats, the vets had a fantastic project, one thing led to another, and soon enough the AMOD Sailing team found a generous donor to acquire Icebear. Things became very real, real quick!

We decided to open our program up to anyone who has served in any country, PTSD isn’t restricted by borders and there are several countries who implement Adventure Therapy programs in their active militaries much better than the U.S., the U.K. ‘s JSASTC program is a perfect example. The U.S. military does not have programs remotely effective to prevent the PTSD spiral/ suicide, we aim to bring proven Adventure Therapy solutions to the world stage and make a push to make some real change at home.

For AMOD Sailing, victory is not the measure of the success, but how their international crew of veterans will heal and come on top from their round the world adventure together. Not too dissimilar to Bill King who famously entered the 1968 Golden Globe Race on Galway Blazer ‘as a psychological rehabilitation after 15 years of service on submarines’.

The AMOD Sailing Foundation wants their crew to focus on their health, not the financial burden of RTW racing. They are looking for partners to finance equipment, foul weather clothing, safety gear and travel expenses. To partner with, or sponsor this unique project contact them!

We are very excited to welcome Cameron, Taylor and their crew to the Ocean Globe Race!

By joining the OGR on Icebear, the AMOD Sailing crew is adding up to the list of famous military boats in the Whitbread like Pen Duick VI and Great Britain II. We are certainly delighted to see that tradition perpetuated in 2023. As sailors we all know the sea is the healer of land life.

Don McIntyre, Chairman and founder of the race

A UK paratrooper in the British army, Blyth is in adventurer who crossed the Atlantic on a 20-foot rowboat, entered the 1968 Golden Globe Race in a 30-foot yacht, and was first to complete ‘the impossible voyage’ non-stop around the world against prevailing winds and current in 1971.

Famously, Sir Chay entered the 1973 Whitbread Round the World on the 77-foot ketch rigged Great Britain II with a military crew from the Parachute Regiment, whom he trained himself. Sayula 2 won the race in corrected time, but it is Great Britain II who took line honours in Portsmouth, winning two of the four legs, and setting a record elapsed time of 144 days around the world. He dedicated his account of the race ‘Theirs is the Glory’ to the crew of Great Britain II.

Most of my crew and I have seen active service and understand the benefits a sea environment offers for the well-being of a person that on land can’t offer. I wish them the very best of luck and a meaningful voyage.

In France, Eric Tabarly was a famous ocean racer and French Navy officer. Benefiting from a special detachment from the French Navy in 1964, he entered and won the OSTAR on Pen Duick II the same year, starting a career that spanned over decades, and a legacy that is still alive today.

The army was an important part of Tabarly’s success. Not only was Pen Duick VI specifically designed for the Whitbread 1973 and built by the French Navy in the Brest military arsenal, the army also provided Eric with young athletes, offering them the opportunity of a unique military service, sailing and racing around the world with the already legendary sailor.

Many became sailing legends in their own right, after their round the world experience, including Olympic champion, ocean racer and America’s Cup skipper Marc Pajot, as well as multihull record-chaser Olivier de Kersauson.

In 2023, Pen Duick VI will be on the OGR start line for The Elemen’terre Project with a crew of volunteers and experienced sailors led by Marie Tabarly, who certainly is keen to improve on the boat’s performance in the original 1973 Whitbread!

A joint OGR and Tapio Lehtinen Sailing PRESS CONFERENCE and media sailing opportunity on a OGR yacht is planned for the 17th of June at 0730hrs UTC in Helsinki Finland.

The conference will take place at the HSS yacht club, one of the most distinguished yacht clubs in Finland, founded in 1893.

Media ZOOM registration will be available for non-attending media. Please contact Lutz Kohne at lutz@oceangloberace.com to register. The conference will also be covered LIVE on OGR Facebook.